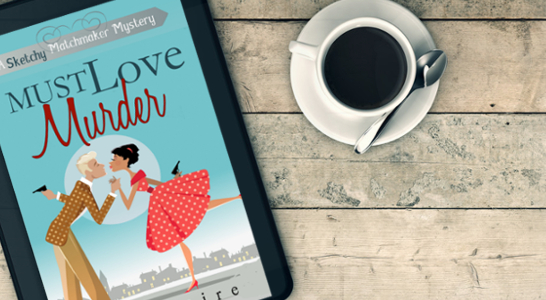 You may have noticed the Sketchy Matchmaker series is no longer available to purchase. Must Love Murder was my first novel, and while I’m proud of the series, I’ve also come a long way since starting the project. So, I took them all down, and I’m in the process of giving them a facelift. Not just covers, but a whole new remodel: tearing down walls and breaking out my hazmat gear.

When I’m done, they’ll be a similar story, only paranormal, because that’s the genre I now know I love the best. So… stay tuned.

Murder meets menopause in this series that features a newly divorced, menopausal mother of three who hates men, is forced to take a job at a matchmaking service, and then suddenly finds herself caught up in a bunch of murders. All while dealing with hot flashes.

Here are the books in the series so far:

Even though her aunt’s sketchy matchmaking service seems more like a front company for the mafia than anything legitimate, Marcie Henderson still never thought she’d be solving a murder in her first few days. Especially not one she couldn’t care less about. The man was her aunt’s horrible neighbor who called the matchmaking club a brothel, and snooped where he shouldn’t have been snooping. He kind of had it coming.

But when her aunt becomes the main suspect, and the police don’t seem to be looking at other angles, Marcie is forced to become the perfect match for the awful man’s murder, while maybe finding her own sketchy match in the process. Click here for more info and to buy. 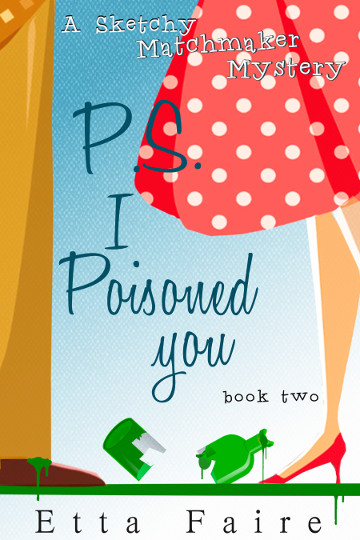 There’s only one thing Marcie hates more than men and that’s rich people.

So as soon as she drives her beat-up 1998 Odyssey through the security gate to meet the matchmaking club’s newest client, Stella Harper, Marcie knows she’s going to have to keep her menopause in check.

The snooty, filthy-rich art dealer is just as awful as Marcie thought, so when Stella starts receiving threatening letters that end with, “P.S. I poisoned you,” no one is surprised or even cares too much.

Until a mysterious death occurs and Marcie starts receiving P.S. letters of her own. Click here for more info and to buy.

Santa Corpse is coming to town in book three of the series.

Marcie is busy helping her aunt get ready for the matchmaking club’s “Happy Hottie-Day” Dance, when this murder literally falls into her lap at the dance hall. And she wants nothing to do with it. The victim is the owner of the dance hall, who also happens to be the son-in-law of Marcie’s aunt’s friend. And that awful woman has never liked Marcie. So why should she help her out? Maybe she’ll consider it, if the price is right. Single moms do have a lot of expenses this time of year.

While trying to bilk the most out of the deal, Marcie discovers that sometimes the true meaning of Christmas isn’t found in money. Sometimes, it’s only found when you’re solving a murder case in the middle of a killing spree. Click here to learn more and to buy.